What Are Measurable Goals and Why You Need Them For Success

Daydreams can be delightful. We are mesmerized by the idea of things that are new, exciting, that change our lives and prospects. This is the basis for state lottery systems. They sell one-dollar daydream machines.

There is nothing wrong with a good daydream, unless they keep you from working toward a goal, and goals are only vaguely related to daydreams. A goal is specific and obtainable through planning and diligence. Daydreams can be turned into goals, but this requires work. Since some people are immune to work, they continue to daydream instead. They will not endeavor to do the Tough Things First that are the initial steps toward achieving goals.

One of my marketing director’s favorite lines is “If it cannot be expressed in numbers, then it is not a fact, just an opinion.” This is true. Likewise, a desired outcome that cannot be measured is a daydream, not a goal.

It is defining outcomes, then establishing how they will be measured, that creates a goal.

On my journey to becoming Silicon Valley’s longest serving CEO, I set many goals, and had some set for me. Each had a specific and numeric mode for measuring if the goals were reached. I went into business for myself because I never wanted to work for anyone else, ever again.

I succeeded in that goal, and it was a simple enough measurement – 37 years without a boss. Well, at least not at the office – home is a different matter.

I also had a goal of not enabling anyone to take over operational control of my semiconductor company. In Silicon Valley, this meant not taking venture capital money because VCs manhandle startup CEOs, often kicking them to the curb if rapid growth is not achieved. My alternative was to borrow a lot of money from banks, who normally do not lend to startups like mine.

In my process of twisting banker’s arms until they lent me the money to start my company, they added many very specific success measurements. My debt to equity ratio target became one-to-one. Three profitable quarters in each year was required. Each was a goal unto itself, and measurable with math. Each of these smaller goals, added to my own business goals, then became the checkpoints for knowing if I was to achieve the big goal of being boss-free for the rest of my days.

Now, imagine doing any of this – earning a salary without a boss, convincing bankers to lend you money, running a successful enterprise – without goals. You likely came to the quick realization that an unmeasurable goal has no end nor a real start. It is a daydream and nothing more.

What Are Measurable Goals

Goals must be realistic. Realism is goal setting gold.

You might have the daydream of flapping your arms and soaring with the eagles, but that is not realistic. However, a goal of increasing your sales closing rate by 5% is realistic and in no small part because you have a valid measurement.

Similarly, you can daydream about losing some weight (vague) or you can define a weight loss goal of 10 pounds before your high school reunion (specific, numeric and time constrained). The specificity of your goal is the first step to success. This gives you an endpoint and makes it tangible. It also provides you the terms for measuring your success.

One realistic goal, well defined, is very likely to come true. One unrealistic goal is likely to fail. A realistic goal with lousy definition is impossible to achieve, for there is no actual goal. And 100 goals will all fail because no human can chase that many objectives.

These are the reasons most New Year resolutions die quick deaths.

When making New Years goals, people tend to be vague. Scanning social media for common New Year’s resolutions people have posted, I see way too many entries like “start a new hobby”, “travel” and “read more books”. If I indulged in wagering, I’d bet a lot of cash that none of those goals came true because none were specific.

However, if they were restated as “build a table-top size HO train model”, “spend a week exploring Thailand” and “read three leadership books starting with Tough Things First”, then most of these goals would be met. Each is realistic. Each is measurable. Each can easily have an action plan built around it.

If you want a real-world example, let’s talk about a friend of mine. On the side he is a semi-pro musician and songwriter. But aside from an occasional gig at a local saloon, he was not doing much with the songs he had written. A year ago, he set a goal of producing his first solo album, and that it had to have at least 10 songs on it. Clear goals. He had no band, no deep recording experience, and really no money for studio time. But nine months later, he released his first album.

One reason he was able to achieve this was that he temporarily shoved aside his other passions. This was, in effect, reducing the number of goals he was working toward. Remember, I said that a small number of realistic and well-defined goals is doable. This is precisely what he did.

This begs an interesting question, namely “How many goals can, or should I pursue at one time?” Though the number varies depending on the person and their daily circumstances, the proper range is less than five and for most folks maybe three.

Sundry studies have shown that people max-out at remembering or prioritizing three things. It stands to reason that they could not likely handle more than three significant goals simultaneously. More than three begs dividing limited time, resources and attention to doing your best at any one of them.

Since there is little or no value to only partially achieving a goal, why risk doing poorly on five goals when doing really well at three, or two, or one really important goal is more satisfying?

All this said, one thing really helps in succeeding at reaching a goal. If it is personal to you – deeply, movingly personal – you will have the drive and the stamina to work past the tiny frustrations that often accompany pursuit of a goal. Self-improvement goals tend to be the most personal since they involve making a better you.

Want a great New Year. Simple. Set two well-defined, personal improvement goals that can be measured. Odds are you will succeed, and the glow of success makes it that much easier to repeat the process again, and again, and again. 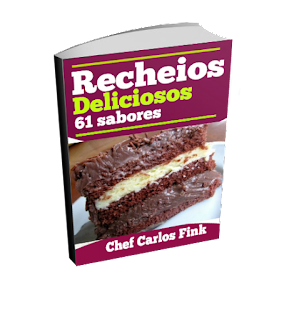